How FIU Architecture Students, and the Robotics & Digital Fabrication Lab, Pitched in for Super Bowl Security

Yesterday Super Bowl LIV went off without a hitch (well, at least for the Chiefs and their fans; sorry, San Francisco). More importantly, there were no major security issues--and, interestingly enough, a group of architecture students from Florida International University helped local police officers with their training preparations.

Last year forward-thinking policeman Major Edgardo Caneva, who heads up the Miami-Dade Police Department's Special Patrol Bureau and was named Commander of Super Bowl Operations, wondered if his squad couldn't use a 3D-printed model of Hard Rock Stadium for training purposes. Caneva contacted Alexander Casas, the Chief of FIU's internal police force. They didn't have a 3D-printed model; what they did have was an architecture department and a Robotics & Digital Fabrication Lab funded by the National Science Foundation. 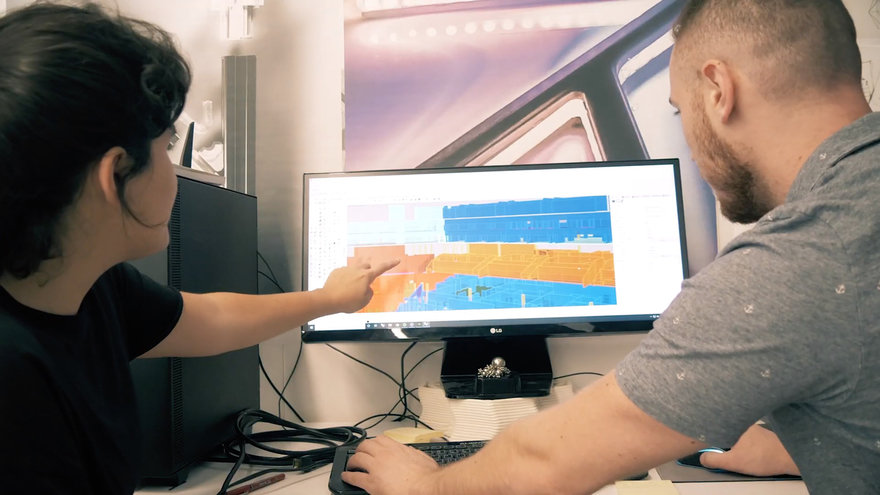 The RDF then spent 3,500 hours cranking out the model, which is roughly four feet by five feet and can be slid apart into helpful cross-sections. 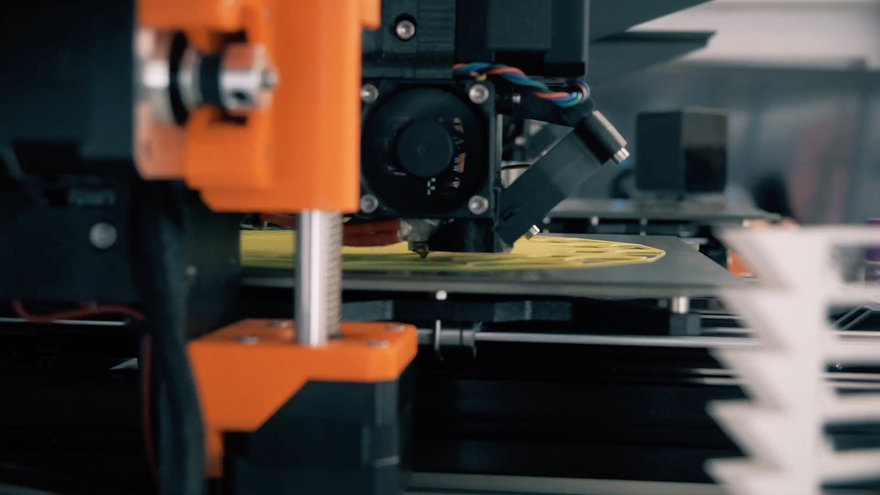 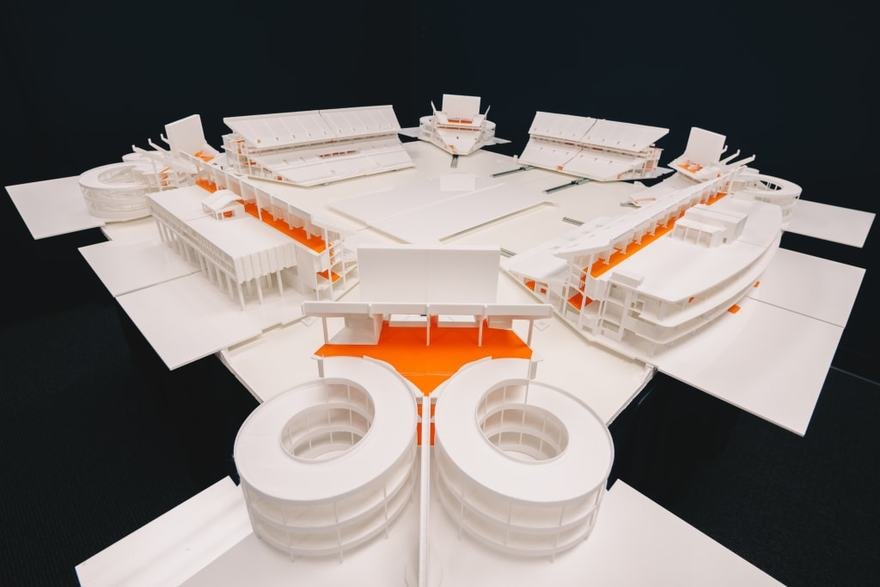 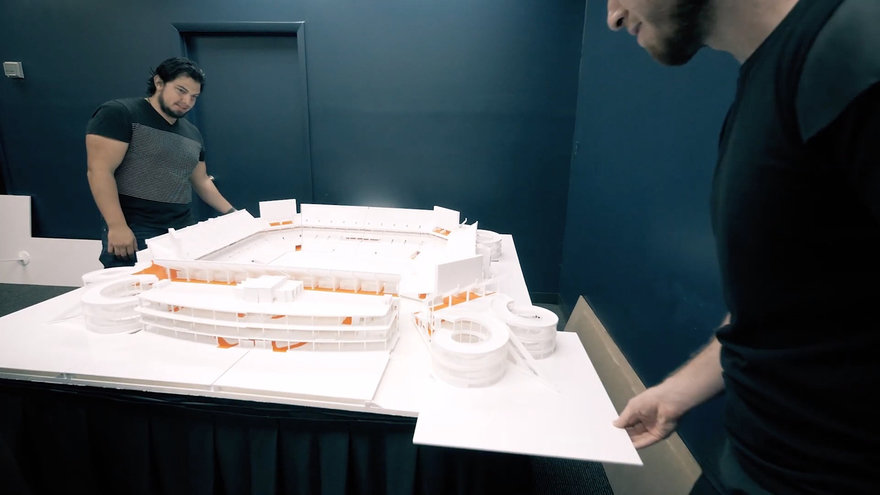 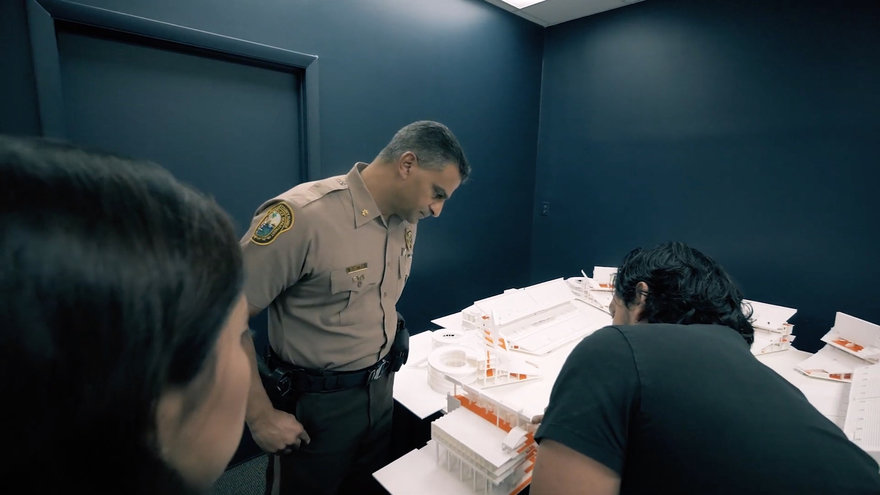 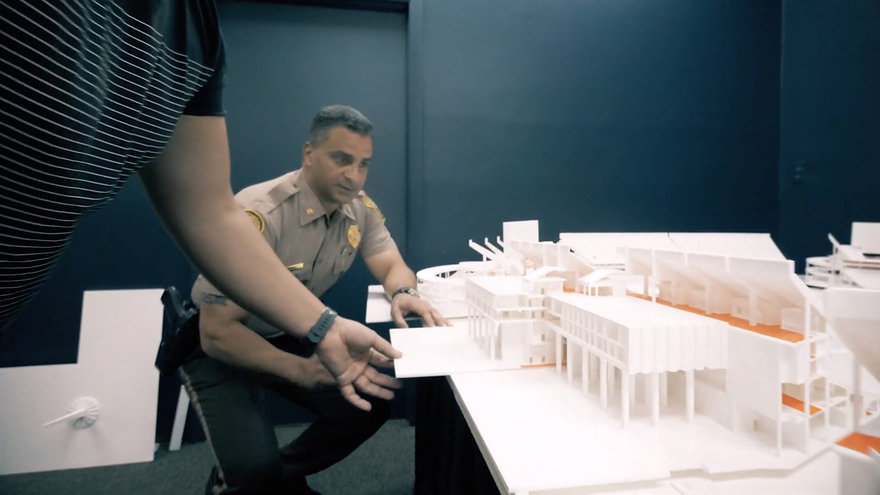 "This was something unique, for FIU and MDPD, the creation of a physical model to use in training," said Professor Shahin Vassigh, RDF Lab Director. "It's not necessarily the scale that is unique – architects make models for demonstration regularly – but the intricacy of details and this type of collaboration." 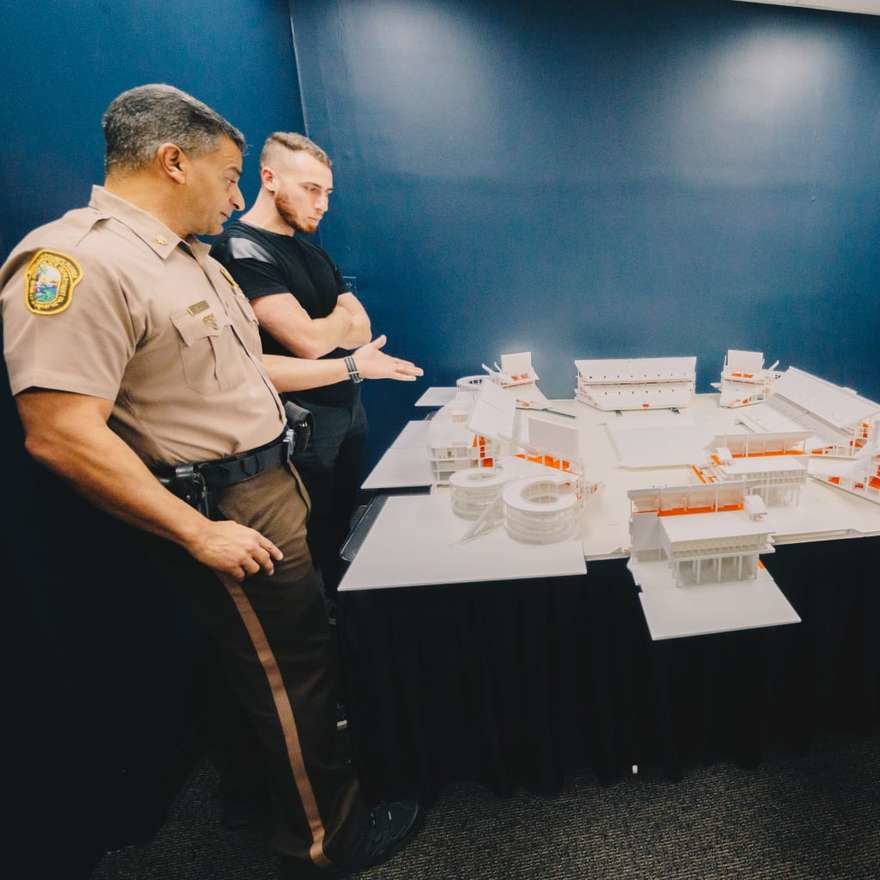 As a result, Caneva and his squad was able to get to know every nook and cranny of the stadium, and with a macro view impossible to achieve with mere site visits. 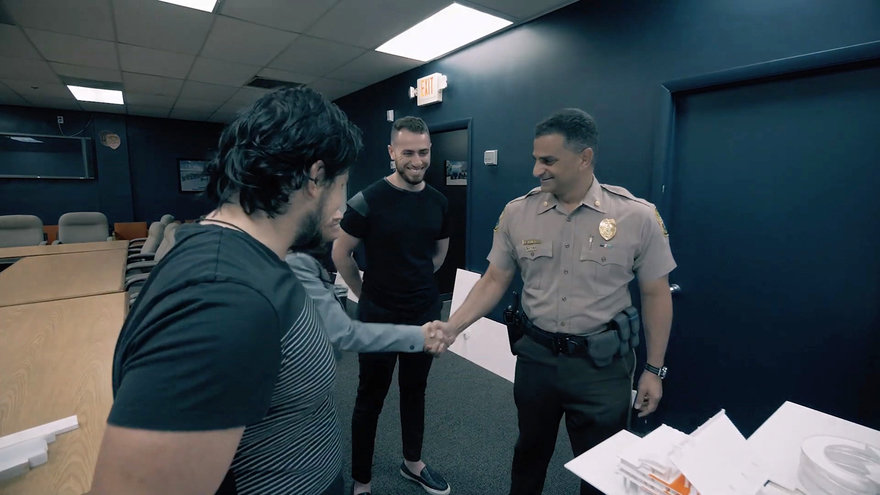 "Officers from the Special Patrol Bureau, which includes the Special Response Team and the Rapid Deployment Force, have been using the model for months to get to know the 65,000-seat stadium for tactical planning and training in and around the stadium. Since mid-November, the department has been using the model to conduct table-top strategy sessions and trainings in preparation for the Super Bowl on Feb. 2. Having the model has saved them time traveling to and from the stadium, and also allowed more face-to-face communication among the team.

"The Special Patrol Bureau will also use the model for future events."

How FIU Architecture Students, and the Robotics & Digital Fabrication Lab, Pitched in for Super Bowl Security

Rain Noe is a writer and industrial designer based in New York City.

Please enter your email and we will send an email to reset your password.

Join over 240,000 designers who stay up-to-date with the Core77 newsletter.

Test it out; it only takes a single click to unsubscribe